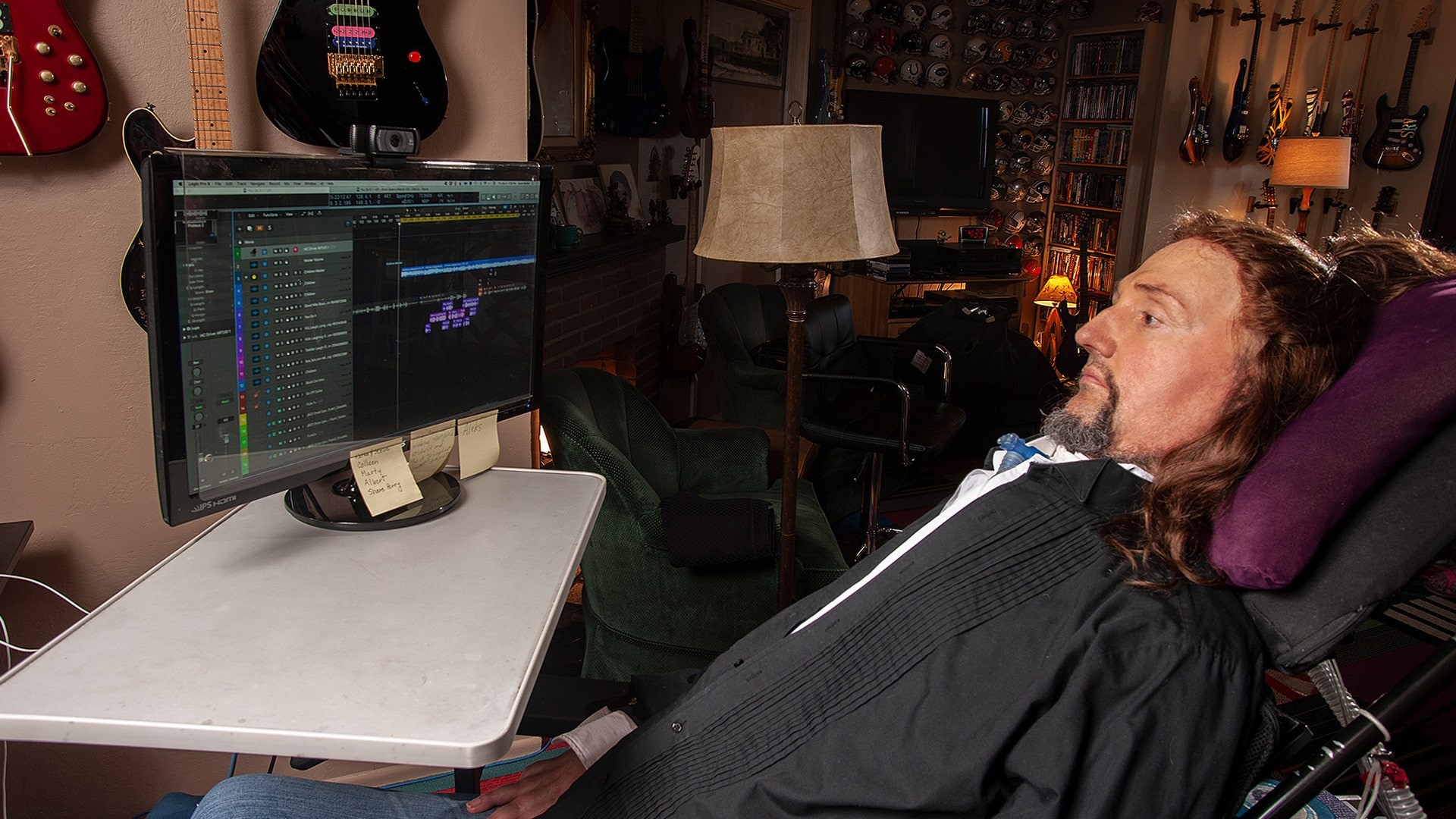 The Internet Publishing House is one hell of a book party and ostensibly our first priority is to fill the readers’ bookshelves with our best books, however, we are wise enough to know that life is much more than that. I established the IPH for the good of literature, but I reckon that pushing the borders of anything you do serves for the best. We are here to share our passion and experiences together and where better to start than with my own. I can’t hide that my passion is Rock ‘n’ RollHere I introduce to youthe legend of Rock who deserves every note of admiration and praise.

Jason Becker was born in 1969, Richmond (CA) – the city of Gary Holt, Les Claypool, and Larry LaLonde. Both the beginnings and the present times of his career are marvelous, but that shouldn’t come as a surprise to anyone because we are talking here about Becker! With all frankness, there is no way we can speak of Jason Becker without mentioning the devil twin brother of his, Marty Friedman. Despite being seven years older, age difference had no bearing when it came to the boy-meets-another-boy-loving-guitar story told through the eyes of Mike Varney – a businessman minding other people’s business. So what happens when three of them happen to meet at the right place and at the right time? In this case, Cacophony happened. Jason Becker was around 18 (18!) when the Loud Band started recording their debut album based mostly on the 80’s guitar shredding maneuvers backed up by the inspirational Beethoven-approved neoclassical style. The world went crazy in 1987 when Speed Metal Symphony visited the record stores and the teenage girls were falling asleep right next to the Becker/Friedman posters on their walls. However, right after releasing their 1988’s Go Off! album, Cacophony disbanded (but the friendship has remained) with Friedman’s career skyrocketing upon his joining of Megadeth (Dave Mustaine and Friedman completed several really good works) and with Becker finding his way to fame.

Perpetual Burn was released in 1988, but it was 1990 that turned out to be the “golden” year for Jason when he joined forces with David Lee Roth (ex-Van Halen) to release the third solo album of Diamond Dave: A Little Ain’t Enough. He was around 21 when he was chosen as the Best New Guitarist by Guitar Magazine. He was right about to conquer the world with his excellent musicianship and musical imagination when he heard the diagnosis: amyotrophic lateral sclerosis (ALS). This neural disease is a death sentence with no parole. Spasticity, muscle stiffness, impaired speaking and swallowing, general muscle wasting and eventually… death by suffocation – the Rock hero has experienced it all except for thatfinal step. It has been 30 years since he first learnt about ALS, but Jason Becker not only is alive (not dead yet!), but he keeps composing and recording!

He communicates through moving his eyes and employs the same method during his composing hours, supporting his work with advanced computer programs. In these unique circumstances Jason Becker has composed his greatest masterpiece, Triumphant Hearts, released at the end of 2018 and nominated to five Grammy awards and coined by critiques as a progressive Rock gem. This is not a Rock album per se nor is it a commercial attempt; Triumphant Hearts is a contemplative monument which has the great chance to be recognized as one of the most pivotal records in the last two decades. Why? I can give you countless reasons, but there go the three most significant: eclecticism (Rock, blues, Metal, jazz fusion, R&B, pop, and many more genres), orgasm-inducing songwriting, and the number of guns for hire swinging across the fourteen songs meeting halfway on the album’s opus magnum, Valley of Fire. I would have to dedicate one paragraph just to name the guitarists guest-appearing along Jason, but to satisfy everyone’s curiosity, here’s a batch of names that already make you head spin: Steve Vai, Uli Jon Roth (ex-Scorpions), Marty Friedman and Chris Broderick (ex-Megadeth), Ritchie Kotzen (ex-Poison, ex-Mr. Big, and another friend of Mike Varney), Joe Bonamassa, and Steve Morse (Deep Purple). No one can pass on that line up of talent and sex appeal – that would be considered a crime!

When the last notes of the opener and title track come to their rightful end, Hold On To Love fills the entire space telling the autobiographical story of Jason who aims to tell everyone: love conquers all. If the Becker’s tracks on Triumphant Hearts reflect his love to music, we have to pray that they don’t use condoms because it’s time to produce a new generation of headbangers. Hold On To Love definitely turns everything up and prepares us for another thunderstorm striking a hit by hit. But once you think there’s nothing that can surprise you on this disc, We Are One and Magic Woman struck. The former contains some of Jason’s unused past material meshed up with horns (horns!). The latter is technically a one man show starring Uli Jon Roth that sometimes lends the stage to the not less gifted Chris Broderick. However, my favorites are Valley of Fire with thirteen axes slashing this tree down to the stump and cutting your heart out (Sylvester Stallone has proven it to be possible), and Blowin’ in the Wind. Even though I myself would not purchase any of Bob Dylan’s LPs (not my piece of cake), Becker’s cover of this 1963’s classic opens the door to a fantasy world. The not-very-much-famous Garry Rosenberg lends his vocal power chords to blow the wind, but since when have we started to measure talent based on a search engine results?
If you want to know what Becker’s guitar sounded like circa 1990 and what it sounds like thirty years after, Taking Me Back will win four minutes of your life and draw one question on your lips: How much more would Jason Becker have achieved if fate had not taken everything from him at such young age? Eddie (Van Halen) was a great guitarist, but I am not so sure if even he could perform an arpeggio single-handedly while playing yoyo with the second hand.

Jason Becker’s wonderful life should stand as an inspiration for all of us. Sometimes people give up when a cup of coffee spills on their new carpet or when they get another rejection letter for their resume. You can make a new cup of coffee, wash the carpet, and submit your resume to two thousand other places; let Jason’s story motivate you and bring you back to your sense. There are two categories of matters in this world: the less and the more difficult, but I have never heard of an impossible matter. Unless someone was giving me bullshit instead of rolling up their sleeves and being grateful for what they had. Hold On To Love and everything will be alright, trust me.